​Language of the Land

...joyful, celebratory and undeniably female - that is, they are the evocation of Life."
-Laura Arseneau 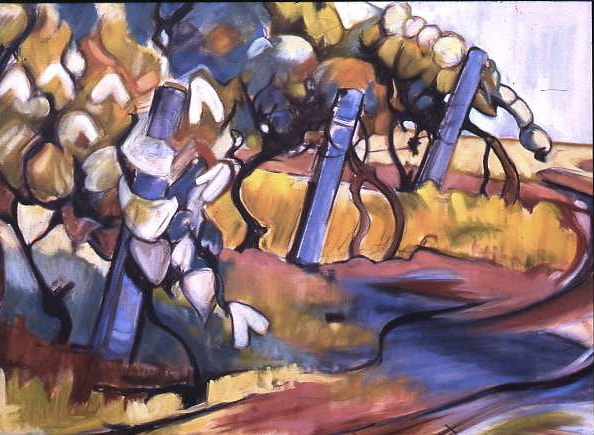 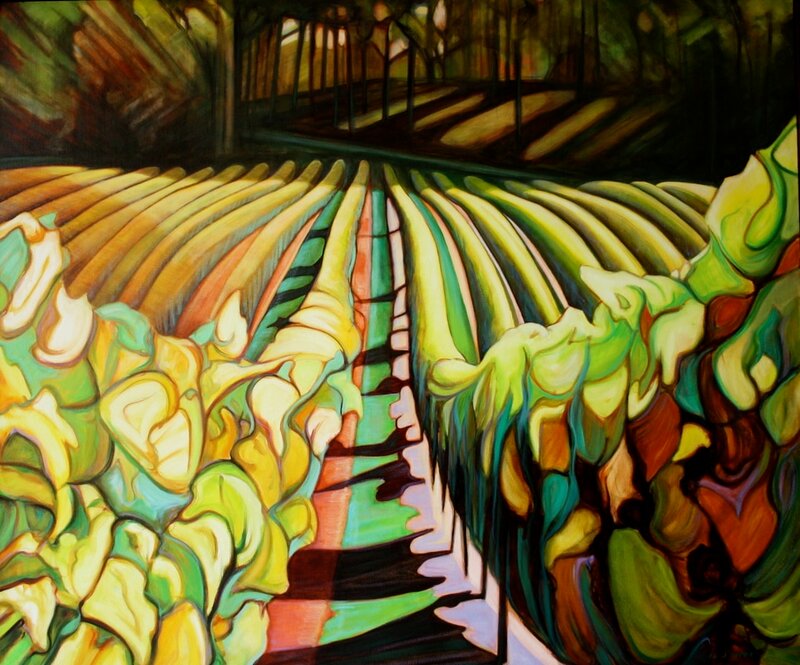 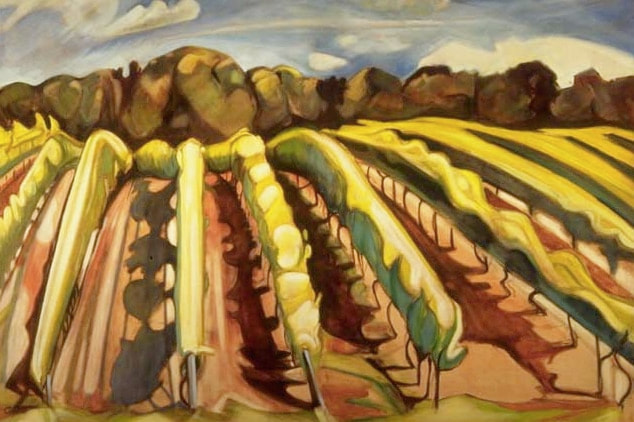 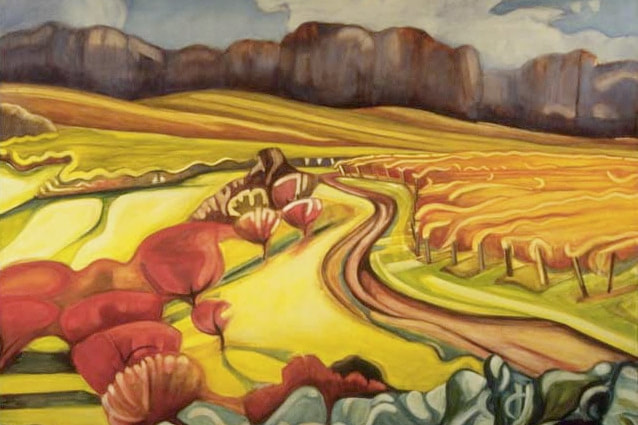 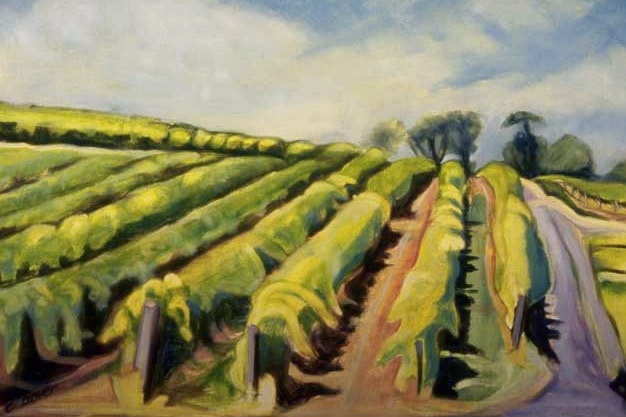 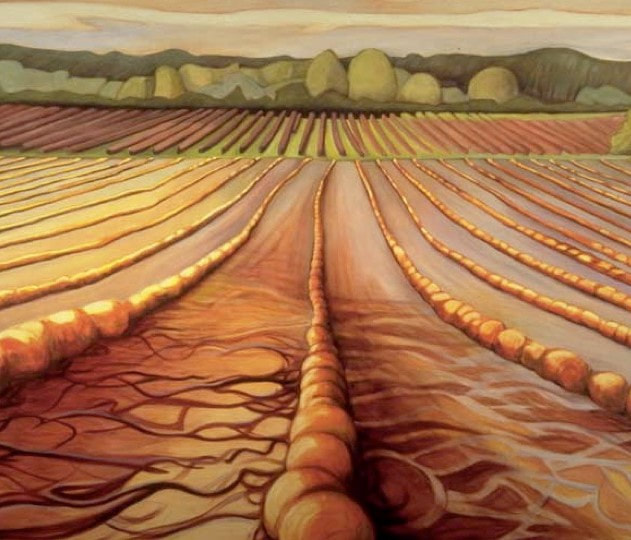 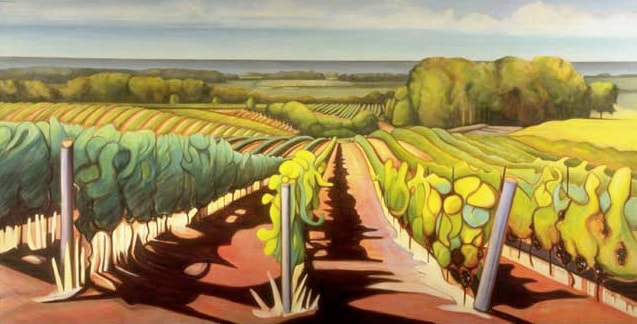 It is too easy to dismiss landscapes in these enlightened 21st century times. The proliferation of pretty scenery dominates our senses, for we see landscapes everywhere: on postcards and chequebooks, kitchen wallpaper borders and dishware. This type of commercial nostalgia has done immense damage to landscape painting's reputation. So that for a long while among the "big art circles," landscape was not what "serious" or career artists did. And yet...

What accounts for the persistent cyclical return of landscape through even our recent history, as a source of inspiration for artists? The 19th century French Barbizon painters such as Camile Corot, Théodore Rousseau and Jean-François Millet revered nature as a reactionary response to the industrialization of urban city-states. For them, the return to the countryside became a metaphor for purity, and the rural life was elevated to an idealization of the search for humanity.

Likewise in Canada during the latter part of the 1800s, artists such as Horatio Walker continued this edification of nature, often with that most notable of labourers, the rural farmer as the central subject. Then came the Group of Seven, and a grander meaning was given to landscape. The "True North Strong and Free" painted in raw, high-key colours and bold brushstrokes would usher in a call to Nationalism; and landscape came to embody what was noble about Canada.

Landscape remains. Not only in the public eye, but in the artist's eye. Certainly over the last half-century it fell out of favour in the wake of modernism, conceptualism and post-modernism. Didn't the cry go out that "painting was dead"? Yet quietly and steadily, landscape painting came back in the 1990s. Now even the "big" painters are unabashedly returning to nature.

In the landscape issue of Canadian Art (Fall 2000) Gregory Saltzman spoke of landscape painting as an urban phenomenon. "Perhaps landscapes manifest the longing of city dwellers for all that is lacking from and unfulfilled in the urban environment and experience; especially a feeling of connection to nature, to the seasons, to the relation between earth and sky, and to the embracing diurnal rhythms of life." And so we're right back to the Barbizons. Back to the land.

So when we approach the work of an artist such as Carolyn Dover, and in particular her recent large-scale vineyard paintings of Niagara, we must come with the weight of all those who painted before. It is a painting tradition and calling that has stood the test of time. The reason is because good landscape is never just about surface; it is always about something.
***
September 16, 2002. Schmidt's Farm - 9:35 a.m. Carolyn Dover among the vineyards.

The clouds hang heavy. It has been raining for the past few days, so the soil gives beneath her feet. She stands in between two rows. The grapevines tower, forming a wall of living green. Foliage unfurled, each outstretched vine forms a V; singing its praise with upraised arms, while underneath, the grape boughs bend heavy with fruit. Here. Here is where she will stop; and she starts to set up for the morning's painting session.

This view from the top of the hill, near the edge of the wood rolls gently in a gradual slope down the road. On the horizon, the miniature houses dot the lakeshore's edge and a small truck scuttles by like a little boy's Dinky car. A single cloud, white and oyster-shaped presides over the slate blue lake. Above it is a line of darkened grey. In the distance a dog barks. She hears the gunshots over and over; a constant booming to scare away the birds. They echo back and settle among the vines.

She is intent, absorbed, cloaked altogether today in self-doubt. Would this be a devil day, or would it be a blessing? She pushes on through the motions, the very actions becoming a prayer. Pull out the gear; unfold the stool; unsnap easel legs, one after the other. Lay out the paints, the cloth bag for her brushes unrolled. The distant buildings hug the horizon, interspersed judiciously with tight, orderly tree groupings. In the foreground, there is the wildness of vines, and the organic shadows trace dark arteries along the ground. These she defines more sharply so that chunks of earth are bifurcated. After a while, it becomes hard to see beyond the line, the colour, the pattern, this shape, this shadow, pulling you in.

Soon she is lost in the painting, lost in the "zone". Where the only thing existing is the paint. Laying it down; laying it down; moving it; moving it. Looking and seeing not the vines, but texture, shadow, dark, light, form and movement. Then choosing the next stoke. Trusting by instinct, by rhythm, each line, each colour, each new mix. This one? No. Try more yellow? Yes. Squeezing out more cobalt blue, scooping just enough on the brush tip, jabbing it into the yellow, swirling. Aware only of this painting, this world unfolding before her, unaware of the heat, the sounds, the bugs. Everything about outdoor work is about how you feel. Getting lost, in the language of the land.
***
November 21, 2004. Studio visit.

The new large-scale paintings are so huge, you almost feel like stepping right in; which is the whole point. Each one addresses a variety of formalist concerns in its composition. In Vines XXIII: Locust Lane the viewer is presented with a horizontal panorama view. The receding rows of the vineyard run straight across the canvas, forming a wall that is parallel to the viewer. The vines in the foreground are treated as abstracted, organic shapes. They are eerily like living beings, making them equal to us, the viewers.

In contrast, in Vines XXIV: Cherry Avenue the quality of movement is what dominates. Here the vines run perpendicular to the viewer. They move in strong waves toward the distant lakeshore. This shift in viewpoint creates a powerful inward thrust of motion; a muscular force that takes you into the vineyards.

The colour palette is deliberately high key. Especially in the foregrounds Carolyn favours a chartreuse, an acid green. Carolyn reads out something Varley wrote - on the ethereal nature of this particular green, the iridescent washes accentuate the "other worldly" quality. There's an underpainting of burnt sienna. Also a lot of rose-madder and cadmium yellow give it a vibrant warmth. Reds appear throughout her pieces. Paired against its complementary green, it creates a vibration, which heightens the exciting, living quality. The intense colour saturation and scale also serve to pull the viewer in.

You are made to feel the expanse of the land. The scale is a deliberate stepping away from the "pretty postcard, the pictorial tradition". You wouldn't find these on an agri-tourism brochure because they're too aggressive. They set you on edge. There's a tension in the air, a disquieting sense that something is "about to" happen.

Carolyn asks, what was God's original purpose for the land? To grow things. Not to plant mile after mile of concrete and brick, stamped with dollar signs and taxes. And once the land is gone, it is gone. Perhaps that is what underlies the tension. The disquiet one picks up in a painting such as Vines XI: Crown Bench which unlike the others, leads into a dark mass of woods; hints at the precariousness of agriculture. Of the fragile balance between nature and man. Whether the next crop is at the mercy of a sudden shift in weather, or to that greater threat, of urban encroachment.

Finally we speak about beauty. About its necessity in this present, hard world. People need to see beauty, yet a painter of beauty these days is instantly held suspect by the contemporary art world. So Carolyn's is a 19th century sensibility, but without the sentimentality for these are loud and strong paintings. And there is something different from a lot of art today. Awareness of the viewer. The artist holds something up for the viewer, saying "Here is something worth seeing. Look. Look again".

​Above all, these paintings are sensual. Look at Vines XXVI: New Growth and its undulating movement across the earth of the vineyards. They are like skin over the living being that is the earth. The earth cradles the young vines, which take perhaps five years before they are mature enough to bear fruit. Above all, Carolyn Dover's paintings are a metaphor for the maternal: in the cycles of the earth; and in the patient nurturing it takes to allow the land to do its work. These vineyard paintings are joyful, celebratory and undeniably female - that is, they are the evocation of Life.